Mass in Recognition of All Immigrants

On Sunday, September 18, 2022, at 3:30 pm the Cathedral of Our Lady of the Angels will host the Mass in Recognition of All Immigrants. Archbishop José H. Gomez will preside over the mass which will be in person. The Southern California Immigration Task Force organizes the annual which unites the faithful, from the Archdiocese of Los Angeles (Los Angeles, Ventura, and Santa Barbara) and the Dioceses of Orange, San Bernardino, and San Diego, in prayer and celebration of the immigrant spirit of the United States.

The relics and images of St. Junípero Serra, St. Toribio Romo, and St. Frances Cabrini, three great advocates for immigrants, will be present at the Mass and available for veneration by the faithful after the Mass.

Receiving a token of appreciation at this year’s mass from the Archdiocese of Los Angeles for his leadership and participation in matters of immigrants and migrants is parishioner Louis Watanabe. Louis is a former Volunteer of the Year at St. Monica having served as a Stephen Minister, a member of the Heritage choir, and facilitated several JustFaith Ministries courses.

Louis Watanabe has been involved with immigration since 2017 starting with advocating for sanctuary city legislation and has testified before the LA City Council, the LA Police Commission, the LA County Sheriff's Civilian Oversight Commission, and the LA County Board of Supervisors. He was featured in an NHK report discussing the similarities of Japanese internment with what's happening to immigrants today which motivates him. He joined an interfaith group to visit undocumented immigrants at the Adelanto Detention Center which is run by a for-profit prison company.  He has journeyed with those awaiting decisions on their immigration status in the United States. He is pictured here with Uthman Suraj from Ghana after his release from Adelanto who recently won his asylum case in Virginia.

Louis has transported, fed, temporarily housed, and got released immigrants onto planes to connect with families in other states. With the LA Archdiocese, Louis went down to San Diego to help children apply for passport cards to replace their U.S. birth certificates as valid IDs for visiting their families in Mexico. He also went to Congress to advocate for immigration-related bills supported by the U.S. Conference of Catholic Bishops and he has sat in federal courtrooms to show solidarity on major immigration cases. He credits St. Monica's JustFaith social justice program for inspiration.

If you would like to join others from St. Monica who are attending the Mass for All Immigrants please contact Delis at . 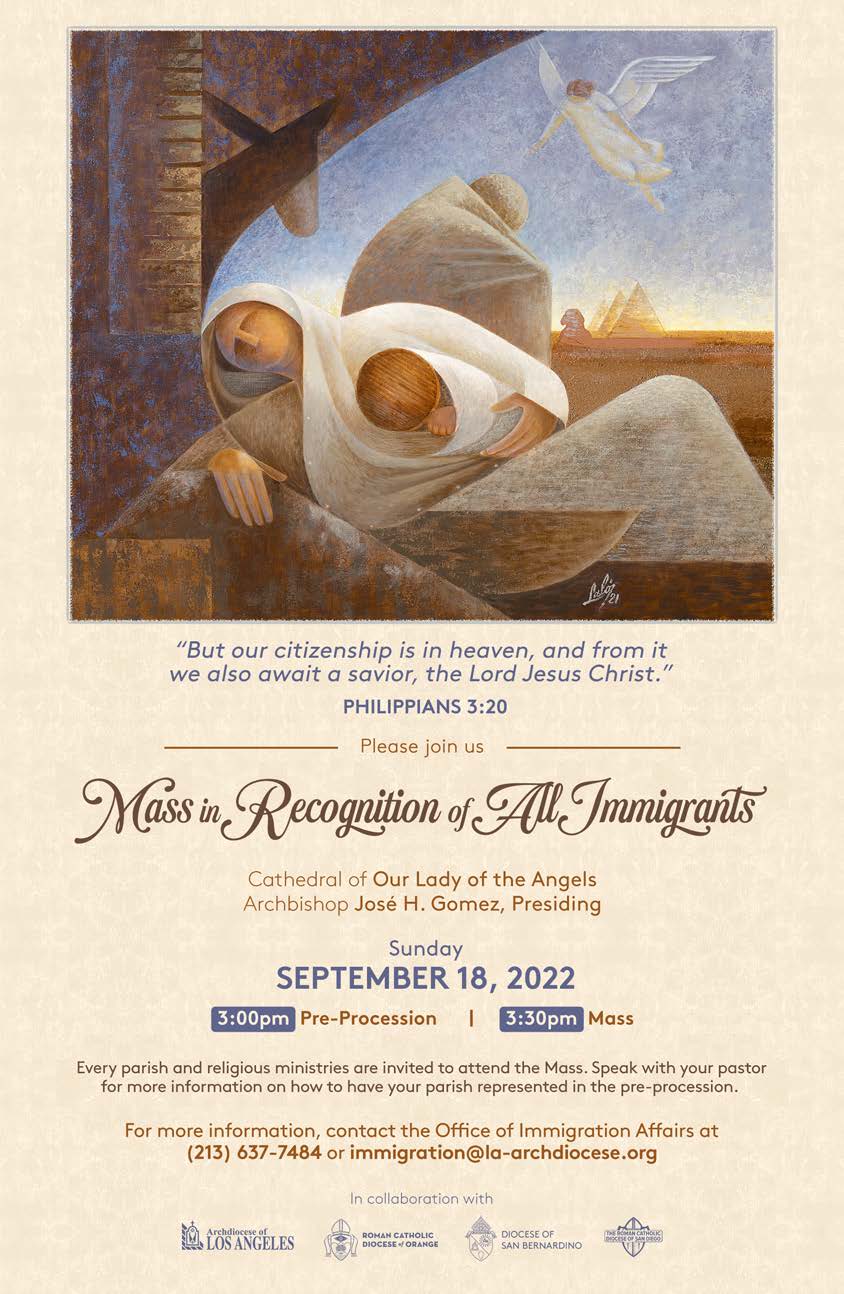