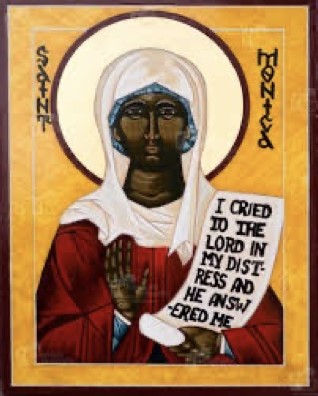 Did you know there are over 900 Black Catholic saints? In celebration of National Black Catholics Month, we are sharing more about our namesake, Saint Monica of Tagaste, Africa, and her son, Saint Augustine of Hippo.

Christianity first arrived in North Africa in the 1st or early 2nd century AD. Legend has it that Christianity was brought from Jerusalem to Alexandria on the Egyptian coast by Mark, one of the four evangelists, in 60 AD.

Saint Monica was a woman of great faith. Through her patience, gentleness, and prayers, she converted her pagan husband, with whom her parents had given her in marriage. Today, we know her as the patron saint of alcoholics, conversion, mothers, and wives. 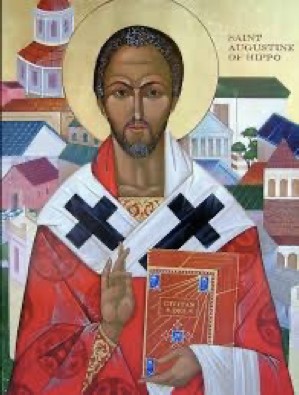 She raised her son, Saint Augustine of Hippo, in the Christian faith, but saw him later scorn all religion and live a life of disrepute. At the age of 33, Saint Augustine turned back to God and was baptized Catholic. Augustine was later ordained a priest and eventually Co-Bishop of Hippo. He led a holy and simple life, writing over 200 books, letters, and sermons that are still read today. Almost all we know about Saint Monica is in the writings of Saint Augustine, especially his Confessions. Monica had the great joy of knowing that her son had come back to God and used his talents to build up Christ's Church before her death.