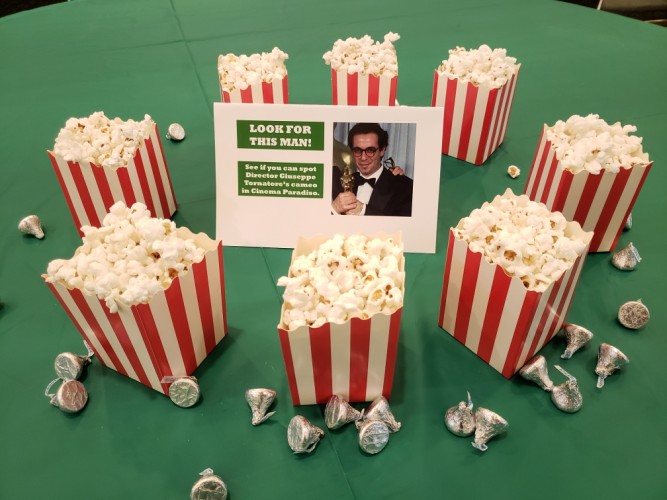 If you’ve ever seen Cinema Paradiso, you know that the tiny Sicilian movie theater featured in the film had an interesting claim to fame. Thanks to the local padre, not a single film—even the romances—showed a kiss. Not so when the Film Club welcomed 90 guests to its Oct. 11 screening of the award-winning film— plenty of “kisses” and popcorn awaited them.

Film Club regular Matilda Callahan, who hadn’t previously seen Cinema Paradiso, said, “It was one of the most delightful movies I’ve ever seen.” Many guests were repeat viewers, including one who’d seen the film in pre-release, twice in the week it came out and a dozen times since. Fr. David Guffey, CSC, summed it up when he said, “Cinema Paradiso is a beautiful film about a boy’s wonder of the movies and discovery of love in his life.”

Next month, the Film Club heads to another time and place: the 1960s and the Langley Aeronautical Labs in Virginia. That’s where we’ll meet three brilliant African-American women who helped transform the American Space Program and their lives, despite the obstacles set in their way. Join the Film Club Nov. 8 for Hidden Figures.