Sister Rose Took Us to the Movies 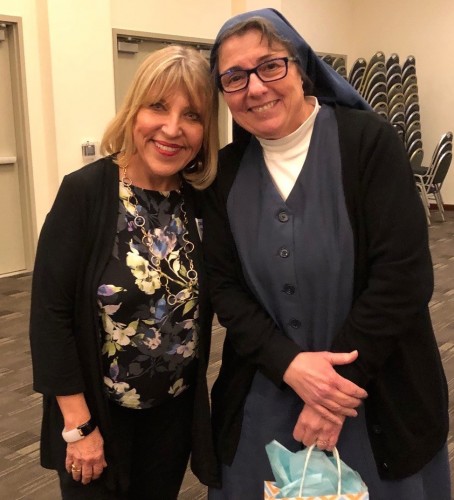 The 90 people attending March’s Film Club not only saw the beautiful and absorbing film, Of Gods and Men, but were also treated to a thought-provoking discussion led by our guest host, Sister Rose Pacatte, FSP. Sister Rose introduced the group to Cinema Divina©, a meaningful process to help film viewers embrace cinema as a spiritual experience.

A lecturer, author, and media literacy expert, Sister Rose founded the Pauline Center for Media Studies. Sister is a well-regarded film reviewer and a “tomato-approved critic” on the popular website, Rotten Tomatoes. You can read Sister’s reviews in the National Catholic Register and the St. Anthony Messenger as well as on her popular webpage, Sister Rose at the Movies.

April 11 is the next Film Club. We will be screening the acclaimed 2018 documentary, Pope Francis: A Man of His Word. The film presents candid conversations with our pontiff and travels with him across the globe as he delivers his message of hope. It’s really a not-to-be-missed event.